Whilst all crowns can be pests if they do not fit the tooth preparation first time, some crowns can be bigger pests than others. I refer to post crowns, which have more potential areas of failure than any other restoration we use. Why ’ pest crowns’? My former secretary in Sheffield misread my writing about posts over 30 years ago, and somehow the name has stuck in my mind.

Post crowns are the oldest dental restoration known, having been found in 3,000 year old Etruscan remains. Pierre Fauchard, the father of modern dentistry, experimented with them in the mid eighteenth century, but they only became popular in the latter part of the nineteenth century. Teeth were completely decoronated simply because the porcelain used was that available at the time – a denture tooth – made into the classic Richmond crown. Many failed and were directly implicated in the ‘focal sepsis’ theory of infection. Since then many methods of making posts have been described; the current total is over 70! There are many other choices to make in constructing post crowns to the extent that I have previously described this as a multiple choice clinical question. However, for brevity I will not be considering at length all the choices, but will concentrate on best practice.

In order to maintain the apical seal, at least 3mm of root filling must be left undisturbed at the apex. The coronal seal is provided by the post and crown, or in the case of intact or nearly intact natural crowns the seal placed at the access cavity for the root filling.

The most common failure is the post becoming loose within the post space most commonly because the post is not equal in length to that of the clinical crown. Cementation is another factor. Where do you apply the luting cement? If you only coat the post then half will wipe off during post placement and the final retention will be half that which will be achieved by placing the cement into the post space. 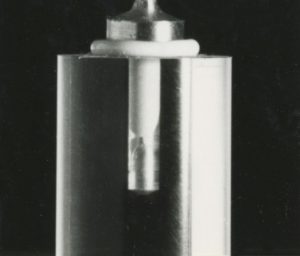 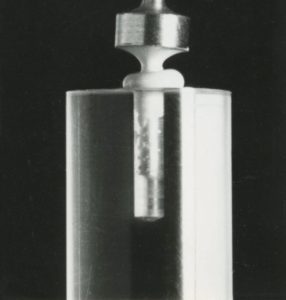 However, with the ideal parallel sided posts made using a size matched reamer/ sprue and casting or wrought post technique, sufficient intra-radicular pressure can be generated when cement is placed into the post space to split roots unless the post itself is properly vented. This scientific basis is explained in detail in a series of papers of mine published in the early 1980’s.

Further research of mine has shown that cast palladium silver posts fracture in brittle mode. When a cast post is chosen the material to use is a type III gold, heat hardened after casting. If a cast post is placed in a completely decoronated tooth where there is no ferrule present, the post fracture point is 2mm below the root face. If you must place a post in such a tooth, then create an antirotation funnel 4mm deep to provide extra material at the weakest point. Secondly, it is essential to check that the occlusion is fully balanced in border movements as I found that rotational forces, as generated by occlusal interferences, were a significant factor in post fracture.

Fracture of the crown over the post can be prevented by a sufficient palatal reduction as previously described whilst recurrent caries speaks for itself.

Non vital, root filled teeth become brittle over time and more prone to fracture. This occurs because the normal flow of nutrients from pulp to periodontal membrane is reversed and reduced by about 90 per cent. Complete decoronations, short and tapered posts increase the risk of fracture, whilst repeated recementations of poorly adapted posts and bone loss associated with periodontal disease are other factors. When posts become loose patients always want to have them recemented and in my experience find it hard to grasp that sometimes this is just not possible. The shortest life of a post I have ever seen was two, yes two days and was too short to have any hope of success. Needless to say I had not made the original but was faced with a very angry patient when the truth of the situation hit home. There is a further consideration. When roots fracture the labial plate of bone will rapidly resorb so when reality hits home and there is a request for an implant, then it will not just be a case of fixture placement, but prior bone grafting, and the associated extra costs are inevitable. In these cases it is worth making very careful notes about the advice you have given. When I used paper records I asked the patient to sign the notes to say that they had read and were fully aware of the entry. I hope our Protection Societies would approve.

There is always a risk of perforating the root during post space preparation. This increases with longer posts, parallel-sided posts and spindly roots. It is best prevented by removing coronal gutta percha root filling material using Gates-Glidden drills working in size sequence. Similarly, if you wish to create an accurately sized post space diameter, work like an engineer, again in size sequence.   My suggested diameters for posts are between 1.2mm to 1.8mm and this will depend on the system you are using. When the initial preparation is carried out it is easy to miss that perforation has occurred because there is no bleeding into the post space due to the haemostatic effect of adrenaline in the local anaesthetic solution (LA). However, when the post is tried in at the next visit and the canal dried with paper points prior to cementation, the recovered points will be blood-stained, and this is a pathgnomonic sign that a perforation has taken place. Again LA use at this visit may mask this sign. In the longer term, radiographic follow-up will show a post that looks to be out of the line of the root canal. There may be an isolated area of radiolucency part way down the root, where the perforation is, or with time, this may develop into an infrabony pocket in a mouth that is otherwise free of such periodontal pathology.

Fractured teeth that have been or require root filling present in several ways, and the treatment that is recommended varies accordingly.

These days, for presentations 4 and 5, the optimum treatment is extraction and an implant. If your patient is too young for an implant then use a labially bonded fibre reinforced composite bridge rather than a denture ( see ‘Suffer little children).

Whilst direct impressions for posts could be made at the chairside, accurate results are easily achieved indirectly providing that a system using diameter matched drills, impression rods and patterns is available.

Finally can teeth carrying post crowns be used a bridge abutments? I think they can providing your patient is warned about the risks of failure. I suggest two caveats: